Many types of cactus are edible. If you haven’t yet tried this unique food, it’s well worth tasting. Popular in a number of cultures and countries, cactus is expected to become even more widely available in the future. Now’s the time to discover just how great cactus can be, and learn how to put it to use in your own kitchen.

A versatile food with a long history

While cactus might not be a staple in your kitchen, it’s prevalent around the world.

In Mexico, cactus is both a beloved food and a cultural staple. The prickly pear variety, which is native to Mexico, is actually featured on the country’s flag. It’s long been used in traditional Mexican medicine and dates back to the Aztecs as a culturally and medicinally important plant. Nopales, a dish made from the pads of cactus, are used in everything from salads to tacos to gelato. The super sweet fruit of this cactus is also juiced, eaten raw and used as an ingredient.

Prickly pear cactus also grows in 26 other countries, like Morocco, Algeria and countries throughout Latin America, where it’s used in similar ways.

While prickly pear is one of the most popular edible varieties, it isn’t the only kind of cactus you can eat. Other edible options include:

There’s one more variety you’re likely already familiar with – you just might not realize it. It’s called agave azul cactus, and the leaves of this plant are used to make tequila.

But cactus, regardless of its specific variety, is more than just versatile and delicious. It’s also becoming an important food in the face of climate change.

Cactus is a sustainable superstar

Despite its intimidating natural design, cactus is becoming a hardy food source for people around the world. This desert plant can grow almost anywhere, and experts from the UN are calling it a “miracle plant” in the face of the world’s changing climate.

Prickly pear cactus in particular is being singled out as a fantastic food for the environment. This plant can grow in most of the world’s dry and drought-prone areas, including countries like Ethiopia and Madagascar, where extreme multi-year droughts are bringing populations dangerously close to famine. As increasingly more regions become dry and experience droughts, the prickly pear cactus can continue to thrive and provide a steady food supply.

And prickly pear cactus is also tough enough to grow where other plants cannot. It’ll grow anywhere its roots touch soil, and it can grow easily in harsh temperatures and arid land. As long as a region’s temperatures don’t drop below freezing, this cactus will keep expanding. But that’s not all: prickly pear can also help other plants grow. In arid or degraded soil, having prickly pear nearby can facilitate the growth of herbs that might not do so otherwise.

Cactus, as a plant that’s native to dry, desert environments, also requires very little water. This makes it a boon for the environment. It doesn’t need the same significant amount of irrigation and water resources as other food crops. Instead, it stores water in its pads and retains that precious liquid even when drought conditions occur. And when it’s harvested and eaten, all of that water becomes a valuable nutrient.

This means that cactus provides great nutritional value without as many resources. And, thanks to its hardiness, it has the potential to give populations the nutrients they need without requiring much at all.

Cactus is antioxidant-rich and anti-inflammatory

While its thorny exterior might make cactus seem more dangerous than beneficial, this desert plant actually has some surprising health benefits. In fact, in the traditional medicine practices of Latin America, Medical News Today reports that this plant has been used to treat ailments like glaucoma, ulcers, liver conditions and wounds.

And it turns out there may be some scientific evidence that supports cactus’s medicinal benefits. A 2019 review of the nopal cactus suggests that it contains antioxidants and may be anti-inflammatory. That review also suggests that the cactus may be able to reduce pain, give the immune system a boost and offer some protection for the liver. According to a 2020 research article, cactus fruit peels (which are edible!) alone contain high levels of antioxidants – and they also demonstrate high antioxidant activity.

Additionally, a small research study from 2014 tested the impact of nopal cactus on individuals with type 2 diabetes. Its results suggested that eating this cactus might lower blood sugar and insulin levels after breakfast. While more research is needed, these preliminary findings could lead to more good news as the plant is studied further.

And you can’t overlook the fact that cactus is a plant-based food – eating more plants is always a great idea for your overall health. If you’ve been looking for new ingredients and ideas, cactus can help you spice up your normal plant-based habits and give something new a try.

How to eat and cook with cactus

Wondering how thorn-rich cactus pads can become an edible ingredient? All you have to do is cut those thorns off and scrape off the tough exterior skin to be able to turn cactus into a tasty food.

If you don’t want to tackle this task yourself, Hispanic grocery stores tend to sell whole cactus pads – or nopales – with the thorns already removed right in their produce aisles. You may even find them at your typical grocery store or big box retailer, depending on your region and how popular this ingredient is there.

When you’re ready to turn cactus into a dish, nopales (or nopalitos) is also the name of one common way to cook the prickly pear variety. This salad-like dish is commonly prepared by boiling the cactus and serving it mixed with sautéed tomato, white onion and cilantro (plus spicy serrano peppers, if you’d like).

But you can go well beyond this traditional dish. Prickly pear cactus is versatile and adaptable. You can grill the pads and eat them; you can add them to salads. Chopped cactus, raw or sautéed, works well as a taco topping alongside your other favorite ingredients. You can also add prickly pear into stir frys. While cactus is a bit on the bitter side in its flavor profile, it works well as an addition to many savory dishes.

If you’d rather use the cactus fruit only, prickly pear fruit tastes similar to watermelon. You can eat it raw or juice the fruit – and you can drink that juice or use it in smoothies or desserts. With a sweeter flavor than the cactus itself, the fruit is usable in entirely different ways.

Give cactus a try, and you’ll be highlighting a food that’s as sustainable as it is versatile. To learn more about sustainable and unique foods, keep reading: 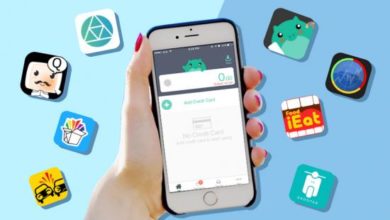 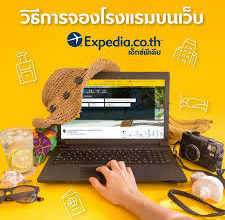