Not long ago, it seemed like you needed to book a flight to Europe to get your hands on truly great handcrafted bread. But with a rise in the artisan baking movement, it’s blissfully easier than ever to score a loaf of crusty, real bread in America. And when the pandemic struck suddenly in 2020, everyone was trying their hands at sourdough and flaunting loaves on social media – or begging for guidance on why their bread kept turning out like a flat brick.

This fermented bread has a history dating back to 3000 BC in ancient Egypt, but this old-world bread has now noticeably risen (pun intended) in popularity. That may have left you pondering if sourdough is indeed the best thing since, well, you know. Read on to learn more about this time-honored style of bread and why it should be what’s on your cutting board.

What exactly is sourdough?

From there, amylase (an enzyme in the flour) begins to break down the starch molecules into sugar. A fermented “starter” that contains wild yeasts (varying strains of Saccharomyces) and lactobacilli bacteria is introduced into the production process, where lactobacilli feed off the sugar to produce lactic acid. It’s this lactic acid that creates the quintessential mildly sour taste that’s also present in other fermented foods like sauerkraut, yogurt and kefir. During fermentation, the yeast dies and carbon dioxide bubbles are released, causing a spongy, slightly chewy texture and often noticeable holes in the crumb.

Because of this process, sourdough can be considered a naturally leavened bread, which means it doesn’t use commercial yeast to rise. (Wild yeast has more flavor than commercial yeast.)

What are the health benefits of this bread?

Although sourdough bread may not seem that different health-wise from regular bread, any way you slice it, this variety rises above most of the rest.

According to a report in the journal Scientific Reports, bread prepared with sourdough starter contains increased levels of dozens of compounds, including essential amino acids and bioactive phytochemicals, when compared to regular whole-grain bread. Another study suggests that the antioxidant capacity of sourdough is higher, which may help lessen oxidative stress in the body to offer some mitigation of disease risk.

Unfortunately, the absorption of certain minerals in grain-based foods like bread is limited by the presence of phytic acid, a so-called “antinutrient” that can bind up minerals like magnesium and calcium and reduce how much we can absorb. So you should know that the lactic acid bacteria found in sourdough bread lowers the bread’s pH, which helps degrade phytic acid, thereby improving nutrient bioavailability in each slice.

A lunch sandwich made with sourdough is also less likely to spike your blood sugar compared to the standard doughy stuff. Researchers believe that sourdough fermentation may modify the structure of carb molecules. This reduces the bread’s glycemic index and slows down the speed at which sugars enter your bloodstream. In addition, the lactic acid bacteria found in the dough produces organic acids during fermentation, which may help delay stomach emptying and, in turn, better regulate blood sugar numbers. That’s an outcome that could lower the risk for metabolic conditions associated with poor blood sugar control like diabetes and obesity.

Sourdough bread is also often easier to digest than the average non-fermented bread made with brewer’s yeast. One potential reason for this gut-friendly perk is that the fermentation process degrades some of the gluten to make it more digestive for certain people. Gluten tolerance varies from person to person. Some have no visible issues digesting this grain protein, but it can cause stomach pain, bloating, and diarrhea in others. Just keep in mind that those with celiac disease still need to steer clear of wheat-based sourdough as it does not eliminate gluten completely.

How to buy sourdough

If you’re not baking your own, picking up a loaf of sourdough bread from an artisan baker or a farmer’s market increases the likelihood of it being “true” sourdough.

Frequently, supermarket sourdough loaves of bread aren’t made using the traditional long fermentation methods. They may just use items like ascorbic acid or vinegar as a shortcut to give the slices sour-tasting notes, thereby reducing the health benefits. Because there is no legal definition of “sourdough”, there’s nothing to stop manufacturers from selling substandard products.

Real sourdough will only contain three primary ingredients: flour, water, and salt, with the potential for a few add-ins like seeds and herbs. If you see yeast listed as an ingredient in sourdough, you can be sure that it isn’t the authentic stuff. And, certainly, there shouldn’t be any sugar added.

Although sourdough isn’t always a whole-grain bread, you can find bakeries that make it with more nutritious whole-grain flours like rye or spelt.

Looking for other breads to try? You can whip up a loaf of Grain-Free Glazed Morning Glory Bread or a Banana Protein Bread for a mix of great flavors and beneficial nutrients. Our Grain-Free Sandwich Bread is another great alternative you can put to use in many ways. 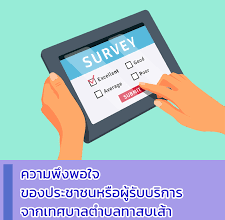 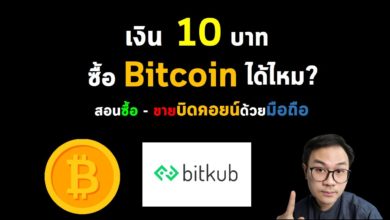